What to Do When It’s All Been Done Before 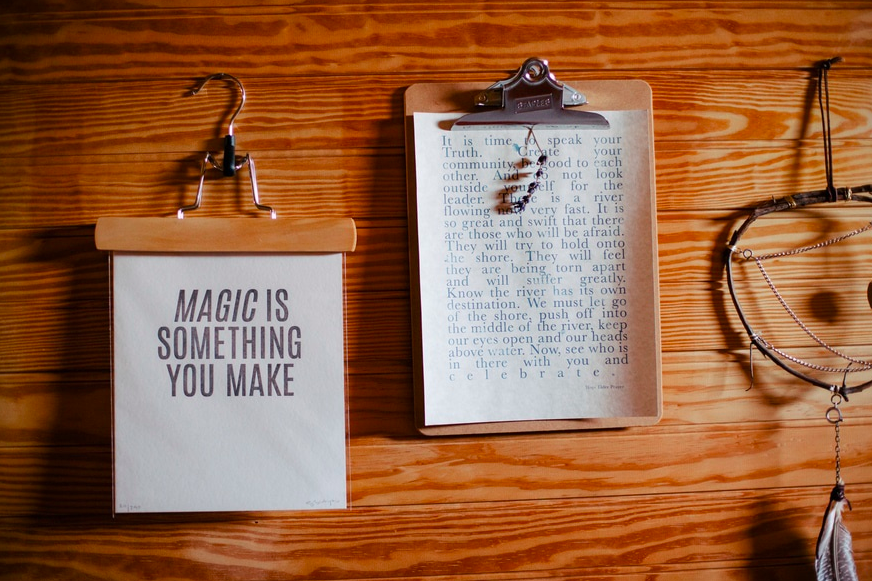 “Originality is nothing but judicious imitation…” – Voltaire

Ever had an idea that you’re really excited about just to find out that others have beaten you to the punch?

If you have – fret not, you’re definitely *not* alone.

Over the years, I’ve discovered that the fear of not being 100% original, is one of the biggest reasons why so many talented individuals decided to abandon their dreams of creating something truly their own.

Somewhere along the way, we cultivated this notion – this false belief – that in order for an idea to work that it must be completely pioneering or 100% innovative.

We’re so afraid of being labeled as an imitation that we find ourselves not following through on our ideas before even giving them a shot.

Truth is, this exact thought ran through my mind when I first came up with my own business idea. Though it was certainly something I’m passionate about, I was instantly bummed when I found out that I’d be ‘competing’ with countless other existing brands and companies.

Soon after, I found myself listing all the many reasons why it simply wouldn’t work. I concluded that “the competition is far too fierce so why should I even bother? “. It was more or less my attempt at justifying why I would be far better off pursuing another idea – preferably one that hasn’t been done to death.

Luckily, I gave the idea a bit more deliberation,  decided to throw out all the excuses, and went for it anyways. I’m ever so glad I did.

What made me change my mind – you asked?

I came to the realization that my idea or business concept is NOT what’s going to differentiate my brand from the slew of competitors out there.

We don’t necessarily have to be the first to come up with an idea or be the first in the ‘game’ in order to make our venture a success.

To illustrate my point, here are just a couple of well-known examples of household brands that weren’t the first to do what they do: Google wasn’t the first search engine to pop up on the web.

Facebook wasn’t the first social media platform nor was Disney the first theme park ever built.

All three of these massively successful brands were built upon existing ideas and concepts. They weren’t the first yet they became massive successes by doing things – in one way or another – ‘better’ than the rest of their competitors.

Should you have an idea you’re passionate about and excited to share with the world – be it an idea for a business, a book, or a project, don’t get discouraged when you found that there are already a bunch others that are already pursuing or doing similar concepts.

Most importantly, don’t quickly toss out the idea.  Give it your own creative spin, make it better, make it work.  Because while it’s true that it’s been done before – it has yet to be done by you!

No one is you and THAT is your true power.

Choose to believe in your own magic, choose to put your very own spin on whatever it is you’d like to put out there.

Know that the world needs that special something that only you have and offer. So, go out there and dare to share your gift with the world!