“Nothing is impossible. The word itself says ‘I’m possible!'”

We all have people we look up to growing up. Some may be those who we adore in real life such as our parents, our grandparents and/or our older siblings. The rest however, may include those who we may never had the pleasure of meeting, yet we aspire to become.

For me, and millions of girls and women around the globe, one of those role models is the formidable Ms. Audrey Hepburn. One of the world’s most influential film and fashion icons, she is far more than just a Hollywood celebrity or a pretty face.

Born in Belgium, what many don’t know about this famous British actress is her heart of gold. Having almost starved to death when she was residing in a Nazi-occupied Holland during World War II, she endured extremely difficult times years prior to her rise to fame.

Instead of letting her hardships harden her or made her bitter, she instead, became a deeply compassionate humanitarian. A UNICEF Goodwill Ambassador, she dedicated much of her life tirelessly helping people –  especially women & children – in the most world’s most disadvantaged countries.

A total girlboss, Ms. Hepburn truly embodied what it means to be beautiful inside and out. Though she has long passed away, her admirable legacy lives on.

With that, I’ve compiled some of her best words of wisdom to inspire all of us to create our best lives and to remember to always make time to help others along the way. Enjoy! 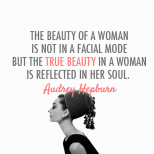 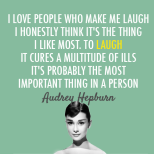 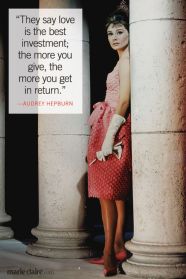 Have something to say ? Share it here! Cancel reply

This site uses Akismet to reduce spam. Learn how your comment data is processed.

Inspirational Clip of the Week

Gary Vaynerchuk: Become The Best Possible Version of Yourself

“Success is liking yourself, liking what you do and liking how you do it…”

The Practical Neuroscience of Buddha’s Brain 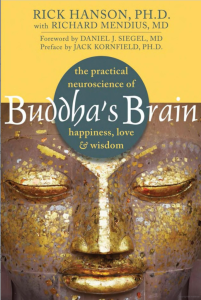