Turning Over a New Leaf 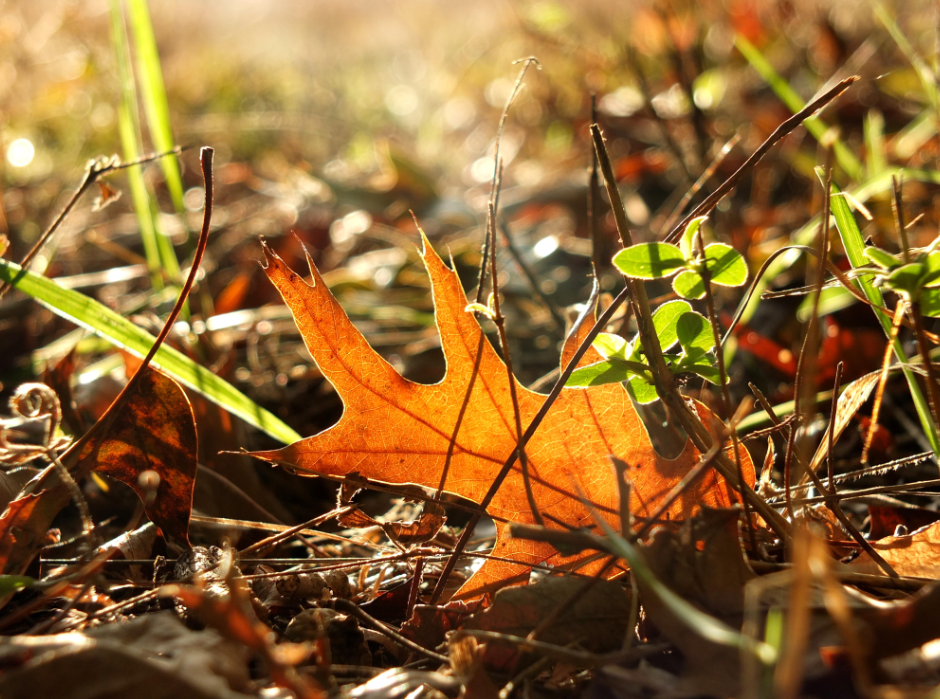 Chances are, at some point(s) in your past, you’ve found yourself heading down the wrong path and/or succumbing to bad habits that end up steering you off the life that you’ve always dreamed of living.

Either you’ve ended up going so far on the deep end and found your back against the wall or you finally came to the realization that the hole you’re digging is taking you further away from any chance of you fulfilling your full potential.

Whichever scenario it was, at that exact moment, it dawned on you that it was time to make a change. “It’s time to turn over a new leaf…” you thought to yourself.

It was then you made a vow to yourself to change things around cause deep down you know that the more you wait, the more (excruciatingly) difficult it was going to get yourself out.

There had been a handful of these moments that I’ve personally gone through. Some were more challenging than others, but as you probably know too well, making a big life change is never easy.

That said, I choose to fondly think of them all as my defining moments.

As the years go by, it became increasingly clear to me that we step closer to our true selves, not from our joyful, happy times but rather from going through phases in our lives where we were faced with challenges and obstacles.

These moments demand us to dig deep and show the world – and more importantly – ourselves, what we’re truly made of.

In these situations, we are given 2 choices: to sink or to swim and whatever choice we decide on, makes all the difference.

I remember one of these life-changing turning points vividly. It happened during my 2nd year of college.

Thanks to my rather demanding (British education system) high school years, I had automatically gotten college credits from the advanced placement (AP) classes I took and ended up with a  full year worth of credits before I even stepped foot on campus.

Nevertheless, I wasn’t going to take my University years lightly and though I enjoyed my fair share of parties, I also insisted on taking my studies seriously. At the end of the year, it all paid off as I ended up on missing out only a handful of classes and achieved a nearly perfect GPA (Grade Point Average).

My Sophomore year, however, was an entirely different story. Having made lots of new & fun friends my first year, I decided to room with one of my closest friends who was in a sorority.

“Greek” life is quite prevalent in our University so much so that they even allocated a couple of the buildings in each quad (on-campus housing) for those who are members of sororities & fraternities.

Here’s the thing though, even though I wasn’t a member of any sororities, the University allowed me to live in one of these buildings because I was to room with a sorority member.

For those of you who are not too familiar with American universities’ “Greek life“, all you need to know for the purpose of this post is that they take partying very seriously.

I’m going to spare you the details but long story short, by the end of my Sophomore year, my grades had slumped like the stock market crash of 1929 or more recently, 2008.

What’s more is that thanks to my newly found habit of ordering greasy takeout food and binging on them at odd hours of the night, I also ended up gaining over 30 lbs that year!

The funny thing is that it didn’t dawn on me how much I had veered off course until I had gone home that summer and could hardly recognize myself as I looked at myself in the mirror one morning.

It all hit me like a ton of bricks. I immediately put immense blame on myself for not realizing sooner. Fortunately, after a couple of days of wallowing in self-pity, I decided that it was time for drastic measures.

I knew that changing my ways was going to be an uphill battle but I also knew that if I let myself go down further on this path I’ll basically have given up on myself and I’ll be damned if I was going to let that happen.

I told myself that I am worth whatever it takes for me to turn my life around. So, I came up with a game plan. I signed up for dance classes, made a commitment to exercise a minimum of 5 times/week, and put myself on a healthy eating regime.

For the following year, I also decided to live with 3 of my other close friends (none of whom are in sororities). We were to live in an on-campus apartment housing that was mainly for graduate students.

Suffice it to say that by the time September comes, and classes are back in session, I had successfully shed the 30+ lbs I gained a year earlier.

In hindsight, I asked myself “If you had a chance to turn back time and go through your Sophomore year differently, would you?” It may sound ridiculous, but my answer was a quick and solid “NO”. Why you asked?

Despite the happy ending to that particular bump in the road, I wouldn’t change a thing because that year of my life helped me significantly in figuring out who I really am.

Without it, I probably would’ve had a more difficult time with other challenges that I’ve faced since then.

Without it, I wouldn’t be as open to change and wouldn’t have had a reference that allowed me to firmly say “I’ve turned a new leaf before and there’s no reason why I couldn’t do it again.”

Now, instead of resisting change, I welcome it with open arms. Knowing that it could only bring me closer to reaching my full potential and living a life that I’ve imagined for myself.

Read more: The Unexpected Yet Powerful Advantages of Challenges

If you happen to find yourself currently deliberating whether this will be the right time for you to make a big life change and turn over a new leaf,  I’d say go for it! Cause trust me if I can do it, anyone can.

Boldly move forward and never look back. Do something your future self would thank you for. Good luck! 🙂