5 Highlights of Tony Robbins’ Unleash the Power Within 2022 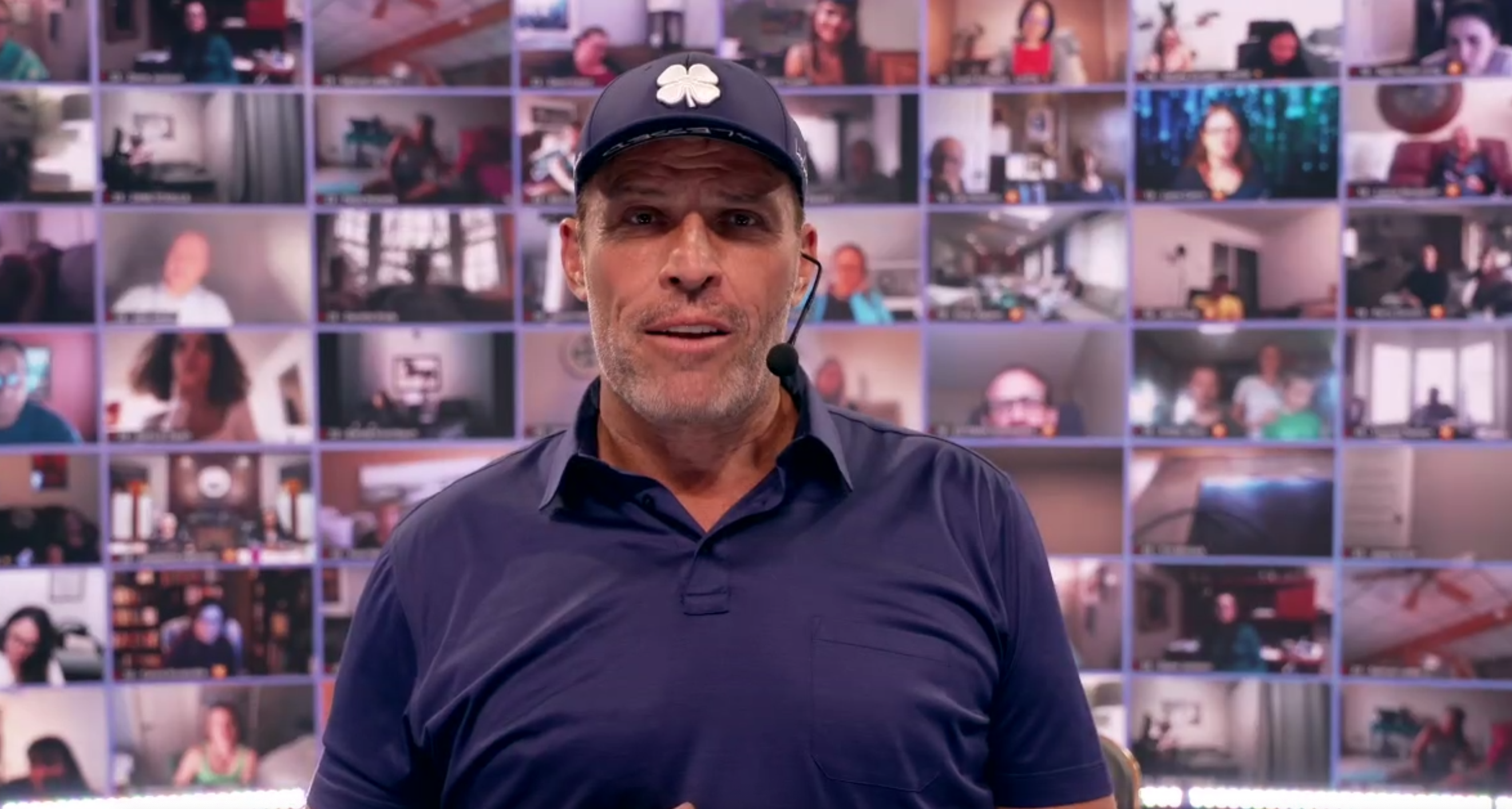 When it comes to personal & professional development, there’s no one quite on top of their game than Tony Robbins.

Having been fully immersed in the industry for 45 years, over the course of his impressive career, Tony has trained more than tens of millions of people across 195 countries.

He’s worked with everyone from heads of states, business moguls, and iconic athletes to millions of ‘regular’ people like you and me.

While those who may not be too familiar with Tony or his work may quick to dismiss him simply as a ‘Motivator’, he would much prefer the title ‘Life & Business Strategist’. That said, it hardly encompasses the entirety of who he is.

Tony also happens to be a wildly successful entrepreneur who’s involved in more than 100 businesses, an avid investor, a seasoned philanthropist, and an author of multiple New York Times best-seller books.

Since he started his career, Tony has openly credited his immense success to his ‘hunger’ and the desire to serve & help others through teaching others. As he often says ‘success leaves clues.’

Through his coaching, programs, and content, he happily shares all the insights & lessons he has gained from his mentors (the late Jim Rohn being a prominent figure) as well as leaders across all industries and backgrounds.

Remaining #1 in a highly competitive industry all these years is no easy feat. Each year, Tony & his talented team continues to raise the bar and 2020 was no exception.

As the pandemic escalated, like many across the globe, Tony was forced to cancel all of his annual in-person coaching events.

Instead of admitting defeat, he used this circumstance to innovate and worked with various global leaders of technology & telecommunications to ‘transport’ his offline events to the virtual realms.

Thanks to their perseverance and hard work, Tony was able to create a state-of-the-art virtual platform and reach a lot more people than ever. Fast forward to today, no one else is able to host online events on a scale that Tony does.

Having had my first ‘introduction’ to Tony’s work in my late teen years, it’s safe to say that I’ve become one of his ‘raving fans.’

For as long as I can remember, attending at least one of his events had been an item on my life’s bucket list.

I’m happy to share that I’ve done just that earlier this month via Tony’s Unleash the Power Within (UPW) virtual event! And it certainly won’t be my last.

Not only did I thoroughly enjoy it, but it also surpassed my expectations. Even though it was held online, Tony & his team flawlessly delivered a high-energy program and made us feel as if we were right there with them, from the comfort & safety of our homes.

Throughout the 4-day event, there was an avalanche of insights & gems shared by Tony, his team, and the guest speakers. I plan to dish some of these out in a separate post.

For now, I’d like to share with you the 5 top highlights of the event that may just inspire you to experience it firsthand. Here we go!

PS: The final Unleash the Power Within for 2022 is happening in July. Get your ticket now and save BIG with their early bird discount.

Knowing how full of energy & vitality Tony is, coming into the event, I was not expecting a passive workshop where we’ll be sitting comfortably in our seats the entire 11-12 hour-long days.

However, I was definitely not expecting just how much movement it entails.

For starters, we began each day by getting to our peak state through a high-energy dance routine as a way to prime ourselves for what was ahead. Moreover, throughout the day, whether it’s through dance or exercises, we’re asked to be on our feet and be as engaged as possible.

It’s hard to describe the feeling of dancing our lil hearts out along with 26,000+ people from across the globe, but if I had to choose just 1 word, ‘epic’ would probably be it.

Tony’s team certainly did an excellent job in curating the event playlist that even when we were feeling absolutely exhausted, we somehow managed to find the energy to be ‘full-on’!

You may have heard that in some of his in-person events (including UPW), Tony expects his participants to do a ‘fire-walk’. This usually happens at the end of the first day when you’re asked to walk barefoot across a path of burning coal.

It is an ancient ritual practiced by different cultures around the world to demonstrate strength, courage, and faith. In other words, it’s an exercise where we are encouraged to get out of our comfort zones and conquer our fears.

Due to the dangerous nature of this activity, in his offline events, participants are supported and supervised by trained professionals who’ll be more than ready to assist should anything goes south.

Hence, firewalking is an experience that’s out of the question for virtual events.

Instead, we’re asked to break a wooden board, which Tony’s team provided as part of our swag boxes, with our bare hands.

The concept is similar – Do something that you may previously think to be ‘impossible’.

After being shown a few demonstrations and step-by-step instructions on how one can safely break the board, it was game time.

We were also asked to write down our biggest fears or self-limiting belief on one side and an empowering statement on the other before making our own attempt in breaking the board.

The result? While the participants vary widely when it comes to age and (physical) strength level, most (including yours truly) were able to break the board with ease in one go!

It definitely served as an empowering ‘breakthrough’. The broken boards are tangible proofs that we’re much more capable than what we give ourselves credit for. And that if we’re open to it, we can turn our fear into power by changing our mindset!

You may already know that Tony’s a huge proponent and long-term practitioner of Neuro–Linguistic Programming (NLP). The Dickens Process is an effective example of an NLP technique that can facilitate quick transformations.

This powerful ‘tool’ is based on Ebenezer Scrooge’s experience in Charles Dickens’ ‘A Christmas Carol’ where he met the Ghost of Christmas Future and was shown glimpses of his future if he sticks to his current behavior, thoughts, and actions.

The extreme pain that he felt when he saw the unfortunate scenarios quickly made him change his ways and convinced him to make better choices for himself & others from there on out.

Whether we’d like to admit it or not, we humans are essentially motivated by 2 things – to avoid pain or gain pleasure. And the Dickens Process relies on the former.

On Day 3, Tony guides us through the steps of this raw and emotional yet effective visualization that ‘forces’ us to associate the gut-wrenching pain and consequences that come with not taking action or changing our not-so-beneficial habits and/or thought patterns.

Read More: Vulnerability: Why It’s Important to Shed a Light on Shame

It’s definitely not for the faint of hearts as it will push you to confront your most prevalent limiting beliefs, shatter them, and replace them with beliefs that are far more empowering.

During this session, you’ll experience powerful emotions that resulted from finally facing the fears and beliefs that have held you back head-on.

Also, your ability in exercising vulnerability will be front and center as you’ll be expected to verbally share the experience with a few other people in small break-out rooms.

While it may not be the most joyful activity to go through, by the end, you’ll feel an immense sense of liberation and empowerment.  If you embrace it and go all in, it can be the catalyst you need to propel you to your best self and life!

Read More: What Would You Do if You Weren’t Afraid?

Prior to the event, I was already a big fan of Jamie Kern Lima. And while there were quite a few accomplished and inspiring people throughout the event, she was hands down, my favorite.

A seasoned guest at Tony’s events, Jamie founded a problem-solving make-up line with her husband called IT Cosmetics.  They had humble beginnings, starting out the business in their living room, and yet, able to grow the company significantly.

In 2016, they sold it for $1.2 billion to L’Oréal. She stayed on as IT Cosmetics’ CEO and became the first woman CEO of a L’Oréal brand in the cosmetic giant’s history.

I’ve come to learn about her inspiring life story and the magnificence of a human being she is, mostly through other talks she’d done as well as her book ‘Believe IT: How to Go from Underestimated to Unstoppable’.

I knew that even those who know nothing about her will simply fall in love with her and her strength by the end of her talk. And sure enough, that’s exactly what happened.

She shared her life & business journey and how it was far from a smooth-sailing ride, but despite all the challenges and obstacles, she prevailed.

The outpouring of love, deep appreciation, and sheer adoration that she received was heart-warming and she more than deserved it. Her talk was a masterclass in storytelling and displayed authenticity at its finest.

Read More: Learning How to Embrace the Struggles to Success

Tony shared that he saved the ‘best for last’ and I can genuinely agree that there’s no better way to wrap up this transformational event than with a meditation session with Master Stephen Co and Tony’s wife, Sage. She happens to be Master Co’s devoted follower and a long-time meditation practitioner.

It’s been over a decade since I first started my meditation journey and can personally attest to the huge benefits that one can reap from its daily practice.

As I enjoy exploring different types of meditations, I was already familiar with Master Co and some of the meditation practices he teaches. Twin Hearts Meditation is one that he’s most known for.

One awesome bonus that you’ll get through the event is that you’ll meet and get to know such amazing like-minded individuals. And when else would you get the priceless opportunity to meditate with 26,000+ people, sharing energy and elevating not only our own vibrations but the vibration of the world collectively?

To end the program immersed in love and an overwhelming sense of peace & gratitude was simply perfection. It was definitely a precious yet empowering moment that I’ll treasure for many years to come…